Of Counsel
Admitted in Ohio
rmcnellie@carlisle-law.com

Of Counsel
Admitted in Ohio
wrini@carlisle-law.com

Mr. Rini started his career as a prosecutor prior to joining our firm in 1983. In 1990, Mr. Rini became a Shareholder and has represented mortgage lenders in hundreds of litigated matters to the bench and juries throughout Ohio while managing the firm’s litigation department. In 2016, Mr. Rini became of counsel to the firm. Mr. Rini maintains an office and remains committed to the continued success of the law firm. Mr. Rini will continue to mentor and provide consulting services to our Litigation Department.

Mr. Sassano was a staff attorney from 1994 to 1997 to two judges of the Cuyahoga County Court of Common Pleas. He joined our law firm in 1997 as an associate practicing real estate law with an emphasis on creditor representation in foreclosure actions. Mr. Sassano was instrumental in gathering a coalition of lenders and various Cuyahoga County politicians, including several suburban mayors, to provide a source of funding for the Cuyahoga County Court of Common Pleas to expedite the foreclosure process. He became a Shareholder 2007 and currently manages our foreclosure, mediation and loss mitigation departments.

Mr. Deighton joined our law firm in 1998 assisting in our foreclosure department. In 1999, he became a licensed attorney and has since practiced in the areas of foreclosure, eviction, title claim defense, real estate contracts and creditor’s rights. Mr. Deighton has appellate victories in every Ohio appellate court, including the Ohio Supreme Court, Ohio Federal District Court and the United States 6th Circuit Court of Appeals. His current position is the senior litigation associate. Mr. Deighton has presented on the issues of foreclosure litigation, appellate practice and evictions before various attorneys’ education seminars and banking conferences.

Admitted in Ohio and the United States Bankruptcy Court for the Western District of Pennsylvania
ckennedy@carlisle-law.com

Mr. Toman joined our law firm in 2007 following his service as a Magistrate. Mr. Toman’s primary practice focuses on title insurance defense. Mr. Toman has been defending title insurance claims for over 20 years on behalf of lenders and property owners. He has obtained million-dollar settlements for personal injury clients. Mr. Toman is an experienced litigator in numerous areas of real property law.

Mr. Ross began practicing law in 1994, concentrating his practice in the areas of foreclosure, bankruptcy, eviction, collections and general real estate matters. Mr. Ross has a wide range experience in these areas including litigation and appellate work primarily throughout southern Ohio. Mr. Ross has also acted as advisor and claims counsel for an Ohio based Title Insurance Underwriter. Mr. Ross joined our law firm in 2011.

Mr. Costello practices in the area of creditor’s rights. Prior to joining the firm, Mr. Costello operated his own firm, Wm. L. Costello Co., L.P.A., in which he represented various clients in a variety of creditors’ rights and regulatory compliance issues. Mr. Costello joined our law firm in 2012 as the senior associate in our Collection Department.

Ms. Zink started her career in the area of bankruptcy, representing debtors in both Chapter 7 and Chapter 13 cases. Prior to joining the firm, she represented tax certificate purchasers in Cuyahoga, Summit, Franklin and Hamilton County Ohio foreclosure cases. She joined our firm in 2013 as an associate attorney working primarily on tax certificate foreclosure cases and after a leave of absence, returned in July 2014 and continues to practice in the field of foreclosures.

Admitted in Ohio and Kentucky
chill@carlisle-law.com

Mr. Hill has worked in the area of mortgage default for his entire 38 year legal career. He founded Chirstopher M. Hill & Associates PSC in 1999 with the goal of providing first-class legal services to banks and mortgage lenders in a small firm setting. He joined Carlisle Law in 2018. He lectures frequently on subjects of interest to mortgage servicers and has been lead counsel on numerous significant appellate decisions in the mortgage default area.

Ms. McDonald is an associate with the firm with significant responsibility in the areas of foreclosure and consumer creditor litigation. She joined Carlisle Law in 2018. Prior to that, she was an associate with Christopher M. Hill & Associates PSC in 2014 and prior to that, she was in private practice in Pikeville, Kentucky, where she gained a wide range of experience, including real estate law and creditor’s rights.

Admitted in Ohio and Kentucky

Mr. Kearns started his career in 1990 working with Attorney David E. Gerner at the law firm of Gerner & Kearns Co., L.P.A. in Cincinnati, Ohio. Their firm was a full-service real estate law firm representing buyers, sellers, lenders, builders and developers of real estate. While there, Mr. Kearns handled thousands of residential and commercial title examinations; thousands of residential, commercial and REO real estate closings; and thousands of mortgage foreclosure actions. In addition, Mr. Kearns made thousands of court appearances assisting other lawyers and law firms with their court cases in the Cincinnati, Ohio area. He served as local counsel for numerous lawyers and law firms over the years and has generally been regarded as the go-to-guy for court hearing coverage in Cincinnati for the past couple decades. He continuously practiced law at Gerner & Kearns Co., L.P.A. until Mr. Gerner’s unexpected passing in 2019 (law clerk 1990-1993; associate attorney 1993-2004; partner 2004-2019). Between 2019 and 2022, Mr. Kearns handled real estate transactions and prepared closing documents while maintaining his local counsel court appearance practice. He joined our firm in August of 2022. 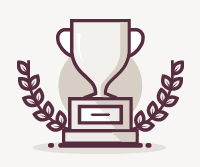 Carlisle Law is proud to have an AV Preeminent Rating through Martindale-Hubbell.

This peer-rating system affirms other attorneys and the judiciary believe our firm ranks at the highest level of professional excellence, and aligns with our guiding principles to deliver trusted, sophisticated legal counsel and unrivaled results.